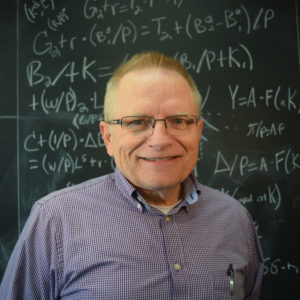 I have a long history of advising graduate students in Economics and occasionally other social science disciplines, many of whom have participated in the demography training program at the University of Wisconsin–Madison. I am a former Director of the Center for Demography and Ecology (CDE, 2007-2012) and a current member of the CDE Executive Committee and Training Committee. I have team-taught a course on Population and Society (Soc 663/Econ 623) required for predoctoral trainees and which serves as the first graduate course for Sociology PhD students qualifying in demography.

My research career has focused on migration, fertility, labor supply, and child care. My current research focuses on historical demography, with one project on demographic behavior among the Bannerman (military) population during the Late Imperial Period in China and another project investigating slave fertility in the Antebellum American South. I have served as an ad hoc member of the NIH Social Science and Population Studies (SSPS) study section approximately eight times and completed a full five-year appointment as member and chair of the NICHD study section for the Population Dynamics Branch. I have also served as an ad hoc reviewer for the P2C infrastructure applications of Population Dynamics Branch and served one time on the NIH-wide T32 training awards review panel.