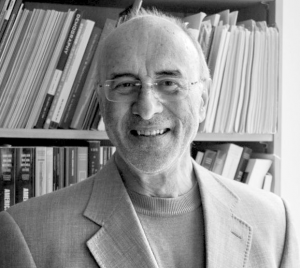 I have been a NIH Merit Scholar on R37 AG025216, co-PI of the Mexican Health and Aging Study (MHAS) R01 AG025216, R01 AG018016 and past Director of Fogarty International Center award for Global Research Training in Population Health D43 TW001586 and PI of the Study PREHCO with R01 AG016209. The main themes I currently study are the trajectory of health, mortality and longevity in low to middle income countries, demographic characteristics of the aging process (including intergenerational transfers, disability and health), and the theory and formal models of relations between early childhood conditions and adult health and socioeconomic conditions. In the last few years I have proposed theory and models to understand adult health and mortality disparities as a function of early conditions, developed a formal model to assess the consequences for adult mortality of the so-called Barker frailty and Barker effects, and estimated empirically the implications of such relations for the future trajectory of health and survival in low to middle income countries. With NIA support, I am developing micro and macrosimulation models to assess the impact of delayed effects of early conditions on adult morbidity, disability and mortality. The novel feature in these models is the integration of modules designed to assess the impact of mediating pathways involving the epigenome and its association with maternal and child nutrition.

I have also contributed extensively to the study of mortality trends, heath and mortality disparities and to the literature on the Hispanic paradox. I continue this work illustrating disparities in SES mortality and health gradients across Hispanics and non-Hispanics in the US and Mexican born individuals.

In collaboration with colleagues Guido Pinto and Hiram Beltrán-Sánchez, I recently (August 2015) released a massive data base containing nearly 450 life tables for 20 countries in Latin America and the Caribbean covering the period 1850-2010. The database, LAMBdA, is publicly available and plans are being designed to attempt harmonization with already existing mortality databases. The database is the foundation of new empirical analysis that attempt to illustrate the effects the consequence of Barker frailty.

I have been the PI on several NIH funded projects that led to the collection of data on older people in seven countries in Latin America (SABE) and in Puerto Rico (PREHCO), and two NIA funded projects to test the conjecture that a significant part of adult US and European health and mortality disparities are rooted in conditions experienced early in life. I continue to participate in the data collection project MHAS in Mexico now in its fifth wave. An important part of the work in MHAS, PREHCO and SABE involves models for the study of obesity and smoking and the impact that of these on current and future patterns of adult mortality.

Demography of Inequality; Health and the Life Course