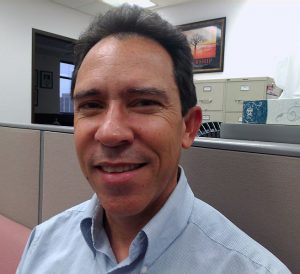 I am a physician epidemiologist, and Associate Professor at the Department of Population Health Sciences, University of Wisconsin-Madison. I maintain a regular, strong, and productive collaboration with investigators around the world. For over a decade my research has been focused in the epidemiology of cardiovascular diseases. More specifically, I am interested in the identification of factors that influence the risk of developing arterial hypertension and barriers for hypertension control. Early in my career, I conducted epidemiologic studies that led to the recognition of chronic inflammation as a risk factor for the development of hypertension. I have also conducted studies on the role of genetic polymorphisms of the RAS and found that only the ACE DD genotype seems to be associated to hypertension among Hispanics.

I am currently the leader and PI of the consortium of Latin American Studies of Obesity (LASO), which includes data on more than 30,000 adults from 11 Latin American countries. We have also shown that combination pharmacotherapy (as a polypill) could be highly cost-effective in Latin America if targeted to high risk groups. I was also the principal investigator and secured national funding for INTERHEART, a seminal global study of risk factors for acute myocardial infarction (Circulation. 2007;115: 1067-1074) and developed and validated the first tool to assess nutritional intake in the Colombian population (Public Health Nutrition. 2005; 8: 181–188). I have conducted a cohort study of hypertensive patients (UW-Family Medicine) starting drug treatment and found that patients with symptoms of anxiety or depression are at increased risk of becoming non-adherent to their treatment during the following three months. Also, I have recently completed a pilot study in SHOW and found that high hair cortisol independently increases the risk of hypertension by 100%. In summary, I have a solid record of productive research and teaching and my expertise and experience in cardiovascular epidemiology qualifies me to lead the proposed research on psychosocial stress and risk of cardiometabolic risk factors.

Health and the Life Course