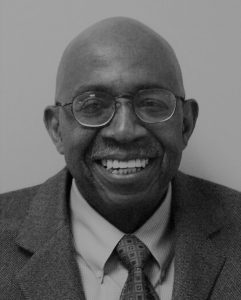 We are deeply saddened by the passing of Professor Franklin Delano Wilson, a preeminent scholar, leader, and colleague who left an indelible mark on UW–Madison over the course of more than 40 years.

Wilson taught at the University of Wisconsin from 1973 until 2007, where he was most recently the William H. Sewell-Bascom Emeritus Professor of Sociology. He served as Chair of the Department of Afro-American Studies (1984-87), as Chair of the Department of Sociology (1988-91), and as Director of the Center for Demography and Ecology (1994-99). He also served as Co-Editor (with Charles Camic) of the American Sociological Review (2000-2003), the flagship journal of the American Sociological Association.

Professor Wilson received his undergraduate degree form Miles College in Birmingham, Alabama and his graduate degrees from Washington State University in Pullman, Washington. Over his lengthy academic career, he made numerous scholarly contributions to sociology and demography. His research focused broadly on population change, distribution and inequality, especially considering differences by race and ethnicity. Much of his work examined the antecedents and implications of patterns of labor market opportunities, socioeconomic attainment, residential segregation, migration, and school desegregation.

Professor Wilson was known as a generous and affable colleague, with a warm and friendly demeanor and a keen sense of humor. He was especially known for being a kind mentor to junior colleagues and students, readily offering encouragement and support. At the same time, he had high scholarly standards and expected a lot of himself—and of others. He was known for his wide-ranging interests, both academic and otherwise, and he had a wise perspective about life and careers. He was committed to and closely connected to his family, especially his wife, Marion, and his two daughters.